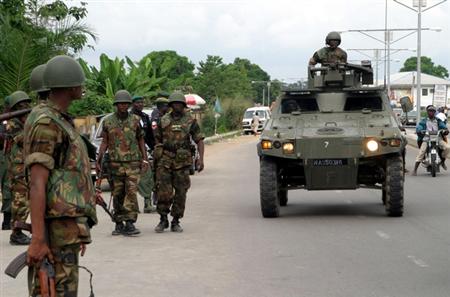 The Defence Headquarters has advised tourists, journalists and adventurers to obtain necessary security protection or clearance before moving into areas of security operations in Adamawa and Borno states.

A statement by Director of Defence Intelligence, Major General Chris Olukolade, warned that the movement of those categories of persons in large numbers into areas of security operations in the two states had been noted, adding that such trip constitutes unnecessary risk to the persons especially the foreigners involved.

“It is also an undue obstruction to operations,” he added.

The DDI stated that, “Much as the military has nothing to hide and believes in the freedom of movement in the country, the need for all persons to recognize the status of certain places as operational area is hereby reiterated.

“Anyone violating the existing procedures for coverage or movement in the mission area does so at his or her own peril as the security forces should not be held responsible for any unsavory outcome of such movement,” it said.

The statement assured that necessary arrangement will continue to be made for the protection of persons and visitors whose movement was duly vetted in line with development in the security in particular mission area.

“The general public is hereby informed that obstructive, suspicious or risky movement of visitors will not be condoned in any mission and operational area in the country.