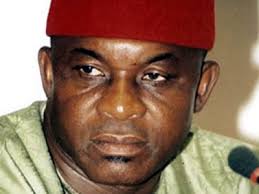 Plots by some senators to defect this week may have suffered some setbacks as strong indications emerged that the President of the Senate, Sen. David Mark has planned a preemptive move to starve off the threat posed by their defection.

Inside sources told Newsinvestigators that Senator Mark had resolved to declare the Ondo North Senatorial Seat currently occupied by Prof. Ajayi Boroffice vacant as senate resumes plenary sitting tomorrow as a deterrent to the would-be decampee.

Newsinvestigators authoritatively gathered that the move was part of strategies by the senate leadership to ward off the looming threat to their positions as some senators resolved to decamp from the ruling Peoples Democratic Party PDP to All Progressive Congress APC this week.

In the event of carpet-crossing in the National Assembly, the Nigeria’s 1999 Constitution as amended empowers the President of the Senate and Speaker of the House of Representatives to declare the seat of such senator or member vacant if his reason for decamping fall short of the provision of the constitution.

Boroffice who won election to the senate in April 2011 on the platform of Labour Party had defected to the ACN where he aspired without success to be the ACN governorship candidate in the October 20, 2012 governorship election in Ondo State. The ACN chose Akeredolu for the contest.

Boroffice had cited division within the Labour Party as the reason for his defection, a claim that was later dismissed in court.

Meanwhile, the latest plans by the senators loyal to the erstwhile aggrieved PDP governors that recently defected to APC may alter the current position  of PDP as the controlling party in the senate just as it is now  in the House of Representatives.

Boroffice, is also facing another crisis at the home front as attempt to assume leadership of the new merger party, All Progressive Congress,  has caused a major division among members of the Action Congress of Nigeria in Ondo State.

Sources told Newsinvestigators that officers of the state chapter of the ACN and close associates of the party’s governorship candidate, Mr. Rotimi Akeredolu, shunned a meeting convened by Boroffice last weekend.