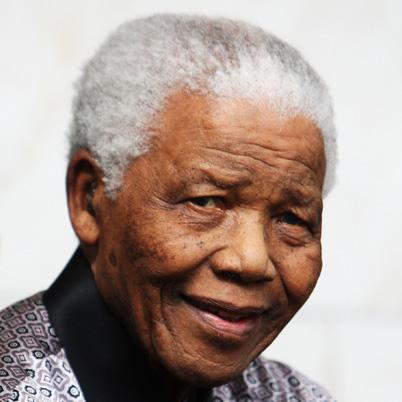 The Nigeria Labour Congress (NLC) has extolled the virtue of the late South African icon Dr. Nelson Mandela who passed away last Thursday at the age of 95, describing him as a priceless leader who lived his mission on earth.

In a statement signed by its national president, Abdulwaheed Omar, the NLC described Mandela as rare and uncommon breed whose demise would certainly create a void difficult to fill not only in South Africa but around the world.

According to NLC, “he is irreplaceable and his contributions to peace, priceless. Mandela was the rallying point of an inimitable and unstoppable moral force with which world leaders with a conscience sought to identify.

“His contributions to the struggle against the obnoxious apartheid regime was not only legendary, he became the symbol of the struggle that earned him 27 cruel years in prison in Robben Island. It was a fitting tribute that he came from prison to be president of a multi-racial South Africa.”

“The genius in Mandela was clearly etched in his policy of national reconciliation through the instrumentality of the Truth and Reconciliation Commission. The world was spell-bound. But Mandela was not yet done. He left office after one term, sending a strong signal to sit-tight rulers, especially in Africa.

“Mandela was a remarkable man. In spite of a turbulent political career and a tumultuous family life, he created happiness for himself and inspired millions of others. Failing health did not deter him from condemning evil, injustice, oppression or exploitation wherever it was found  in the world. Few, if any, took issues with this total giant. For him, diplomatese is no substitute for truth. Similarly, he believed the true value of a man was not in his being accepted, but in making others accept what is right.”

“Mandela came, identified his mission and fulfilled it. The exit of this legend may yet not be his end. Legends live after themselves. After all, that is why they are called legends. The NLC, therefore, expressed its condolences to  Congress of South African Trade Unions  (COSATU), as well as  the family of this great man for all seasons.”