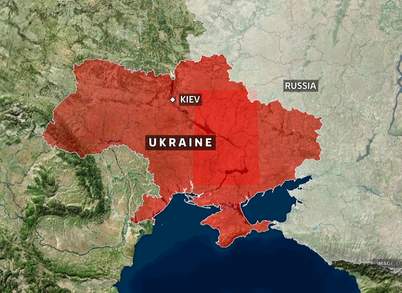 A Boeing 777 flying from Amsterdam to Kuala Lumpur comes down in Ukraine after reportedly being hit by a ground-to-air missile.

Aviation sources said the Malaysia Airlines plane, which was flying from Amsterdam to Kuala Lumpur, was travelling at an altitude of 10km (6.2 miles) when it was shot down, Russia’s Interfax reported.

The Boeing 777 was brought down by a Buk ground-to-air missile, an adviser to the Ukrainian interior ministry quoted by the news agency said.

The adviser said the 280 passengers and 15 crew members who were on the plane are all believed to have died.

Ukrainian Prime Minister Arseniy Yatsenyuk has ordered an immediate investigation into what he described as a “catastrophe”, while his Malaysian counterpart Mohd Najib Tun Razak said he was “shocked”.

A spokesman for Malaysian Airlines, still reeling from the loss of flight MH370 in March, confirmed it had lost contact with flight MH17, which departed from Amsterdam at 12.14pm local time.

The flight disappeared from radar as it flew over Ukrainian airspace, the spokesman said.

Sky’s Katie Stallard, in Moscow, said media reports suggest the plane came down in the Donetsk region, where there has been recent heavy fighting amid continuing tensions between Russia and Ukraine.

Data from Flightradar24 suggests the plane had just passed the city of Kremenchuk, around 300km (186 miles) from the Russian border, when it disappeared.

Several videos apparently filmed in the area, none of which Sky News has been able to independently verify, show plumes of thick, black smoke rising high into the air.

A Reuters correspondent at the scene said he could see the wreckage of a burning aircraft and bodies on the ground.

“It’s possible the Ukrainians flapped a bit, thought it was hostile and shot it down.

“Perhaps it was confusion at the Ukrainian air defence centre.

“It looks like someone failed to recognise this was a civilian plane and shot it down.”

A spokesman for Boeing said it was aware of reports of MH17’s disappearance, while a Foreign Office official added: “We’re urgently working to establish what has happened.”