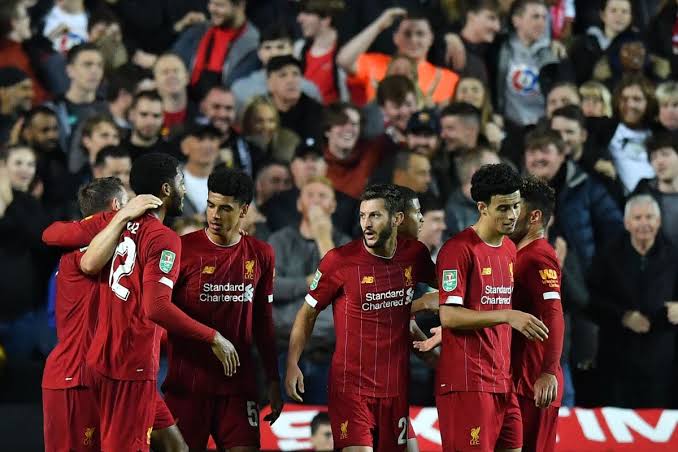 Liverpool were fined 200,000 pounds for fielding an ineligible player in their League Cup third-round victory over MK Dons last week.

The Reds, however, avoided expulsion from the competition, the Football League (EFL) said on Wednesday.

Spaniard Pedro Chirivella, who was a second-half substitute in the 2-0 win, did not have international clearance, following the expiry of his loan agreement last season with Spanish club Extremadura, the EFL said.

Half the fine will be suspended until the end of the 2020/21 season and the club will be liable for the suspended amount if they field an ineligible player in the competition again before the end of the next season.