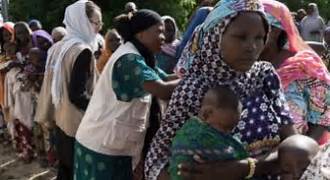 YOLA/By Tom Garba – Lawyers and Civil Society Organizations have volunteered to offer free legal services to people, whose rights were allegedly violated by security agencies in the North-East.

The Coordinator, Legal Defence and Assistance Project (LEDAP), Chino Obiagwu, disclosed this on Sunday in Yola, in an interview with newsmen. 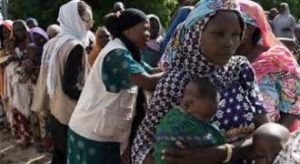 Obiagwu alleged that the rights of those Nigerians were violated by security agencies in the course of the fight against Boko Haram insurgency in the zone.

He said that the organisation was in Yola to bring together some members of Nigeria Bar Association (NBA) and civil society organisations to offer free services to the victims.

Obiagwu also alleged that hundreds of innocent Nigerians were arrested and detained for years for alleged link with Boko Haram in various security facilities in the North-East, without trial.

“But from the records we are gathering, there are hundreds of them under detention in various security facilities in the region, languishing without trial,’’ Obiagwu said.

He however commended the security agencies for restoring peace to the region, but said that his organisation would defend those whose rights were violated.

The coordinator said that the organisation in collaboration with Human Rights Agenda Network (HRAN) identified more than 24 CSOs and lawyers in Adamawa, Borno and Yobe.

He said that they were voluntarily working together to offer free legal services to the innocent Nigerians, who suffered human rights violation.

Also, the Chairman, Nigeria Bar Association, Adamawa chapter, Mr Everastus Udoh, said that the collaboration was to assist less privilege Nigerians, who had their rights, violated either by security agencies.

Udoh said that five human rights violation cases had been filed before the High Court in Yola, while another five cases were being processed.

He called on the individuals or groups whose rights were violated to report the matter to the organisation for free legal services.