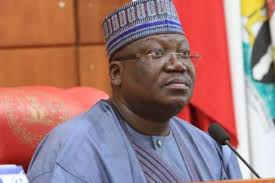 (NERWS INVESTIGATORS) President of the Senate, Ahmad Lawan on Monday called on the Executive to, as a matter of urgency, declare a state of emergency in the power sector to overcome the legion of problems stalling steady power supply in Nigeria.

Lawan stated this while declaring open a one-day round-table discussion with the theme: “Addressing Nigeria’s Power Problems” organized by the Senate Committee on Power.

The Senate President said the privatization of the power sector in 2005 and 2013 was a grand scheme conceived with the intention to defraud Nigeria.

He said, “For me, if there’s any sector of our economy that is so important and yet so challenged, it is the power sector. I believe that this is a sector that needs a declaration of emergency.

“This is an opportunity for us in this round-table to exhaustively discuss not only the problems of the power sector in Nigeria, but the solutions and way forward.

“The truth is that we all know what is wrong. What we really need to do is to have the political will to take on the challenges generally.

“From the electricity power reform of 2005 to the privatization of Gencos and Discos and to what is happening today, we know that everything is fraud. If we play the ostrich, in the next ten years we will be talking about the same things.

“I think the time has come for us to have courage. I want to remind us, that we have signed the African Continental Free Trade Agreement. What will give us an edge is to have a competitive environment.

“Our industries and businesses must be able to produce things that can compete favourably with products produced in other countries in Africa. We are not in that position today, and we all know the consequences of that.

“Even our citizens, who have capital, will rather relocate to Ghana, produce whatever they want and bring to Nigeria to sell. Where does that leave our country? No employment opportunities; Nigeria becomes a dumping ground.”

The Senate President, therefore, called for a review of the privatization exercise undertaken by the Goodluck Jonathan administration which led to a takeover of the power sector by private Generating Companies (Gencos) and Distribution Companies (Discos).