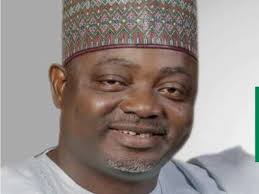 Mr. Issa-Onilu’s appointment was ratified at the party’s national working committee (NWC) in Abuja on Friday.

He is replacing Bolaji Abdullahi who recent resigned from his position and defected to the Peoples Democratic Party (PDP).

The journalist-turn politician contested the position of national publicity secretary alongside Mr. Abdullahi at the party’s convention that held in June.

Mr. Issa-Onilu worked as political editor with Thisday and as assistant editor of Sunday ThisDay. Earlier, he was news editor at the Comet Newspapers.