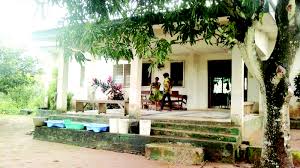 By Dipo Awojobi – The lawmaker representing Epe constituency 2 in the Lagos State House of Assembly, Hon.Olusegun Olulade has given illegal occupants of a landed property earmarked for a Primary Health Center in Ejigbo Area of the state to vacate the area within one month. 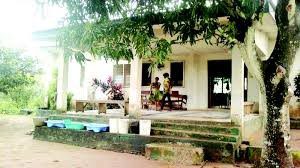 Olulade who is the Chairman, House Committee on Health Services of the Assembly, said that he was pre-occupied with ensuring that the health sector is revamped in line with the strategies and innovations put in that sector by Governor, Akinwumi Ambode of the state.

Olulade said “the Governor, Mr. Ambode is putting everything in place to move the health sector to the next level and this plan must not be sabotaged.”

The legislator therefore urged all the trespassers to vacate the land, which has a sign post “Proposed Site For The Construction Of Primary Health Care Centre (Ilamoshe Ward)”.

He made it known that the trespassers have been warned verbally by the Local Council Development Area (LCDA) and that they have been issued 7 days quit notice.

He however, appealed to the Council that this 7 day ultimatum should be extended to one month after which the trespassers will face forceful ejection if they fail to comply.

Meanwhile, the lawmaker has formally declared that he is an Ambassador for AIDS Awareness Campaign.

Olulade made this public declaration while inspecting some facilities at the Lagos State AIDS Control Agency.

The inspection is part of the oversight functions of the committee.

Speaking with reporters after the committee’s oversight function, Olulade noted that 4% of the over 20 million Lagosians are infected with HIV/ AIDS, a figure he found alarming.

The lawmaker therefore told the management of the agency of his readiness to go into partnership with them and other Non-Governmental Organisations to enlighten the masses on the prevalence of the disease.

Olulade used the medium to call on the LCDAs in the state to participate actively in creating awareness on HIV/AIDS.

He said, ‘I call on all LCDAs to invest commitment through sensitizing and testing the people for HIV/AIDS in their different communities.’

He also emphasized on working with other lawmakers in the Assembly to create platforms that will encourage People Living With HIV/Aids to function optimally in the society without stigmatization.

The Acting Director of the Agency, Dr. Olusegun Ogboye welcomed the team of Lagos State House of
Assembly Health Committee and the Health Ministry’s Health Facility Monitoring and Accreditation Agency.

He thanked the chairman for the pledge and his commitment towards pursuing a healthy lagos.

He further tasked the government not to relent in there efforts to curb the disease.