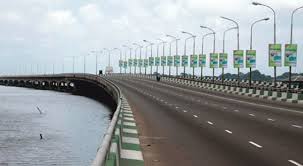 By Dipo Awojobi – In line with the ongoing statewide “Operation Light up Lagos” project, the Lagos State Government has completed the illumination of the Third Mainland Bridge.

This Lagos initiative begins from the Ojodu Berger section of the bridge and covers the entire sections of the bridge. 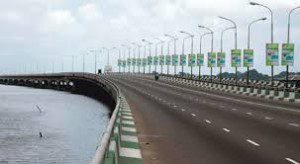 According to a statement signed by Steve Ayorinde, Commissioner for Information and Strategy, the Third Mainland Bridge constitutes an important segment of the road network in the state, as such, the state Government cannot overlook its importance as it also serves as a connecting point to the high brow economic pot of the state.

He further explained that the effort is to fulfill the 24/7 economy promised by the State Governor, Mr. Akinwunmi Ambode during his electioneering campaign period.

“The economy of Lagos has gone beyond the day driven transactions, as such, the night economy component should be fully developed.

Other reason for this project, the statement said, is geared towards promoting further collaboration with the Federal Government, which is expected to go a long way to cement a good working relationship as well as boost the economy of the state and Nigeria.

Some other areas that have been lit up under this project include, Ikorodu to Lagos Island, Ikeja, Oshodi, Victoria Island and Ikoyi, Eko Bridge, among others.