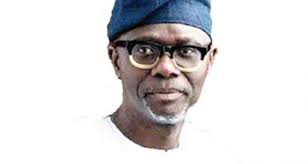 Lawal made the call on Sunday in Lagos when he met with operators and stakeholders in the red meat value chain following the state government adoption of new reforms to sanitize sector.

He said the engagement with stakeholders was necessary in order to avail them of the new reforms as well as solicit their cooperation and support for the success of the reforms.

The commissioner added that the main objective of the reform was the promotion of wholesome and hygienically processed beef for the populace.

Lawal said that food handling played a vital role in food safety adding that every procedure that would ensure that meat was wholesome and fit for human consumption must be put in place.

According to him, since animal health is human health, we need to be careful in the ways animals are handled.

“It is important to note that 60 per cent of pathogens that affect man are from animals.

“The implication of this is that our association with animals makes us susceptible to certain diseases which can easily be prevented with the right knowledge.

“Failure to carry out the right action is the cause of several un-explainable deaths and chronic conditions.

“Since the animal pathogens that affect man through consumption of their products and by-products, hence proper handling, processing and packaging are very essential,” he said.

Lawal said that only certified animals fit for consumption must be allowed to enter the value chain and maintained that carcasses procured must have a certificate of health with a meat receipt.

The commissioner said supply vendors must not only make full disclosure of clients but must also furnish the veterinary officers of their chosen abattoir a 24-hour notice of intention of slaughter.

According to him, supply vendors engaging in sharp practices will henceforth be prosecuted alongside any officer that passed the beef.

“A public announcement of the incidence will be made thus blacklisting such vendor while any market where the prevalence of sharp practices are high will be closed immediately.

“A database of suppliers with their clients will henceforth be generated.

“In addition, a rating and scoring system will be put in place to ensure only competent hands are in the meat industry and a standard Hazard Analysis Critical Control Point (HACCP) plan for supply merchants will also be generated and there must be 100 per cent compliance,” Lawal said.

The commissioner added that the database pool would give a picture of the compliance status and readiness of the value chain for the international market.

He noted that an association of operators with standard operating procedures would not only be the drive for the international market but would also encourage more partnerships in the red meat value chain.

“The export potential for beef is very huge and tapping into the multi-billion dollar market will only be possible with these reforms.

“Changing the red meat value chain is a collective effort, thus all hands must be on deck to revamp the sector.

“The progress of the industry lies in our hands, let’s all do our part to ensure that only wholesome beef is sold to the populace,” Lawal said.

The commissioner said meat hygiene was of paramount importance in the red meat value chain because of meat borne diseases which could originate from consuming diseased meat manifesting in various forms such as bacteria, viral, parasitic and allergens.

“More often than not, the commonality of the first signs of the diseases and lack of proper tracking at the onset makes people attribute other causes to the diseases,” he said.