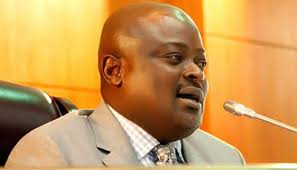 The House said that the appointed sole administrators would serve for three months in the 57 council areas before the conduct of council elections in the state.

Sanni-Eshinlokun said that a lot of the Executive Secretaries heading Caretaker Committees across the councils had shown interest in contesting for the chairmanship of the local councils in the forthcoming elections.

According to him, the step has become imperative so that the interested Executive Secretaries can participate in the primaries of the parties and do their campaigns.

“If we do not disengage the Executive Secretaries, their primary duties at the council will be affected with their interests to participate in the forthcoming council poll,” the deputy speaker said.

The lawmakers took turns to support the motion, saying that the dissolution had become very important.

In his ruling, the Speaker of the House, Rt. Hon. Mudashiru Obasa commended the contributions of the Caretaker Committees toward grassroots development.

Obasa said, “We thank all the Executive Secretaries and members of the caretaker committees in each council area for the great work they have done since their inauguration.

“So, we want to empower the governor to dissolve the caretaker committee and appoint sole administrator for not more than three months.”

According to him, the state government is ready to conduct local government elections in the state.

The speaker, who said that sole administrators should concentrate on very important issues, urged them to pay all debts and avoid incuring debts.

Obasa said that the House had approved members of the board of the Lagos State Independent Electoral Commission (LASIEC), budget estimate for council polls.

He directed the acting Clerk of the House, Mr. Azeez Sanni to communicate the resolution of the House to Ambode in a letter.