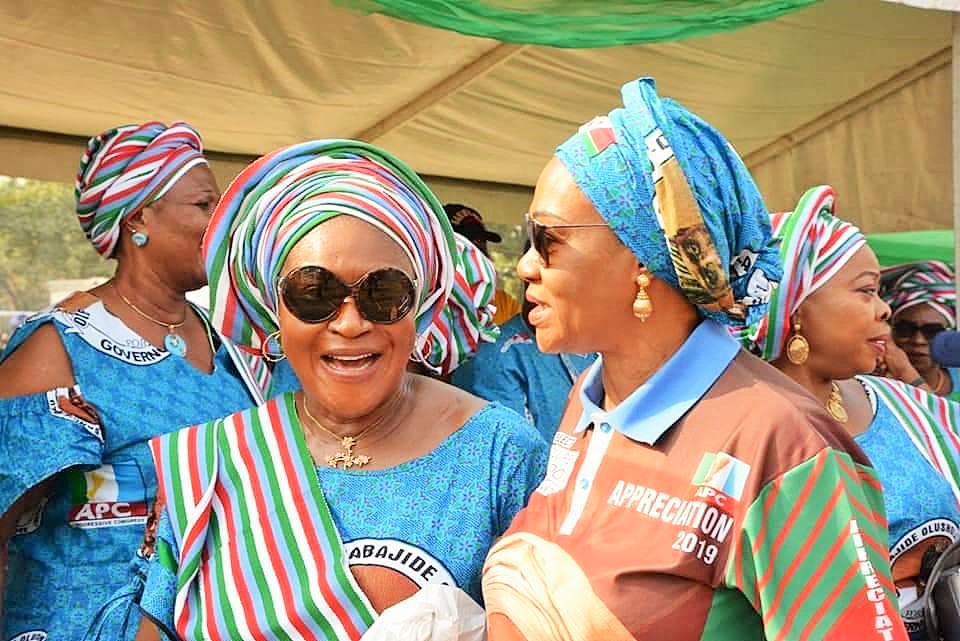 LAGOS/By Alaba Ajibade – Women in Lagos State have been urged to mobilise their neighbours, friends and family members to vote enmasse for the All Progressives Congress (APC) in the forthcoming general elections in the country.

The charge followed assurances by Lagos APC Women Leader, Jumoke Okoya-Thomas, who declared that the victory of President Muhammadu Buhari and all candidates of the party in the state is certain.

Rep. Okoya-Thomas added in her address to the teeming female members of the party at the APC Women Rally at Lagos Campos Square Stadium on Tuesday 5th February, that the women were ready for the elections.

“You can see that women in Lagos State are ready to back all our candidates including President Muhammadu Buhari, Vice President, Professor Yemi Osinbajo, Lagos State Governorship Candidate, Babajide Olusola Sanwoolu, and his deputy Obafemi Hamzat and other candidates.

“I want you to support all of the candidates of the APC for the general elections and make sure you collect your PVCs and vote in the elections.

“We want all the women to go to the streets and move from one place to another to campaign for the elections and ensure that their votes count,” she said.

Mrs. Okoya-Thomas commended the women for their roles in the campaign so far, while acknowledging that women have always played positive roles in the past elections in the country.

The former member of the Federal House Of Representatives reiterated that the government of Mr. Sanwoolu and Dr. Hamzat would carry women along if they win the forthcoming election in the state.

Addressing the women at the event, Mr. Babajide Olusola Sanwoolu said that the women were important as mothers and wives.

Mr. Sanwoolu emphasized that the success of the elections was in the hands of the women, who he said had been dependable in the past elections.

“We depend on you for our success from February 16 to March 2, 2019. All our programmes are for you and your children, and I want to assure you that all of you would benefit from our government.

“We will do everything together. My deputy will support me and we will give chance to the women in our government.

“Make sure you vote for President Buhari and National Assembly members on February 16th. After that, on March 2, go and vote for us and the state house of assembly members.

“We want to protect the future of our children, we will provide markets, housing and other things for the women,” he said.

Mr. Sanwoolu added that he was glad that the women had been supportive of the party and that there is no truth in the claim that the people of Lagos were in bondage under the progressives.

Also speaking, the South West Zonal Women Leader of the APC, Chief Mrs. Kemi Nelson expressed her gladness that the “women have taken their positions in the state and in the country.”

Mrs. Nelson stressed that time had come for the women to work for the success of the 2019 general elections.

She urged them to canvass votes for President Muhammadu Buhari and other contestants for various seats in the National Assembly as well as for Mr. Sanwoolu, Dr. Hamzat and other members of the state assembly.

The senator representing Lagos Central District and wife of Asiwaju Bola Ahmed Tinubu, Senator Oluremi Tinubu, who laced her statements with songs, said that other parties were too small for the APC.

Mrs. Tinubu thanked all the women for their support for the party, adding that time had come for women to shine.