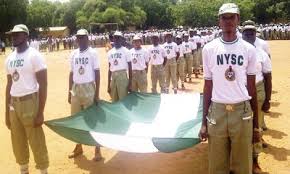 (NEWS INVESTIGATORS) Gov. AbdulRahmam  AbdulRazaq of Kwara on Monday promised that his government would continue to support and assist the National Youth Service Corps (NYSC) to implement its statutory role.

The governor, who was represented by Secretary to the State Government, Prof. Momoh Saba Jubril said that government would assist the corps members in implementing it’s statutory roles.

”The government will provide welfare and security for all corps members deployed to the state. I congratulate the scheme for running another hitch free orientation programme,” he said.

The governor advised the corps members to accept their posting to any part of the state, adding that measures have been put in place to cater for them.

Mrs Esther Ikupolati, State Coordinator of NYSC, in her welcome address, described the orientation course as successful and hitch free.

Ikupolati acknowledged the support of the stakeholders of the scheme and expressed gratitude to the state government for supporting the 1,504 Corps members.

She said it was a thing of joy that the secretariat was among the agencies that benefited from the government. ( NAN)