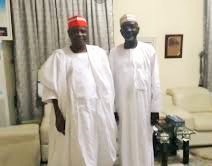 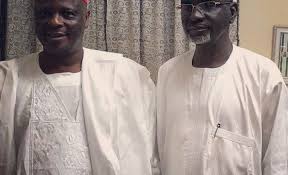 Mr. Ganduje fell out with his former boss who was among the 15 APC senators that recently defected to the Peoples Democratic Party (PDP).

Mr. Kwankwaso, a former minister of Defence met with Mr. Shekarau, his successor and PDP chieftain behind closed door at the latter Abuja home.

It is their first official parley after a chance meeting at Nnamdi Azikiwe Airport Abuja in 2011.

Mr. Shekarau, one of founding members of APC had earlier defected to PDP in 2014 shortly before the 2015 general election in what was believed to be protest against the handling over of the APC structure in the state to Mr. Kwankwaso when he moved to the party.

The two are now meeting ahead of 2019 general elections to form a formidable opposition against the president who enjoys popularity in the state.

The meeting is coming amid speculations that the Presidency and leadership of APC are intensifying efforts to woo Mr. Shekarau back to the party.