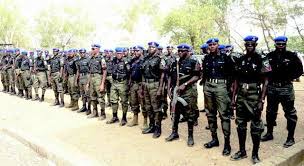 An NGO, Igala Heritage Foundation (IHF), has warned political parties and their candidates against violence and malpractices during Saturday governorship election in Kogi.

The foundation gave the warning in a statement signed by Chairman of its Board of Trustee, Chief James Onoja, on Thursday in Abuja.

Onoja said the warning became necessary in view of tension being generated and various preliminary reports coming out of the state ahead of the Saturday election.

We want to caution all the political stakeholders in the state to avoid violence and electoral malpractices by all reasonable means.

“We decided to start off on a cautionary note because the preliminary reports coming out of the state regarding preparations for the elections heighten concerns of every patriotic and peace loving Kogite, as well as every believer in democracy in Nigeria,“ he said.

Onoja said that the biggest need of Kogi at this period of her democratic history was peace.

He said that election was all about building enduring democratic and socio-economic legacy, unity, peace and development of the state and her people.

He urged Kogi youth not to allow themselves to be used for violence and to resist selling their votes during the election.

“The Kogi youth should and ought to know that Kogi State is bigger than any political party and individuals.

“The future belongs to the youths and so youths in Kogi should not sell their birthright for a plate of porridge like Esau did and exchanged his eternal heritage irrecoverably,” he added.