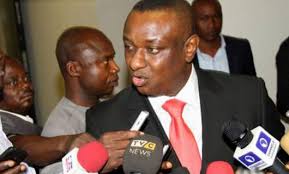 By Sadiq Umar – The Buhari Campaign Organisation Tuesday appointed Lagos lawyer and a Senior Advocate of Nigeria (SAN), Festus Keyamo, as head of Communications and Strategy for the 2019 re-election bid. 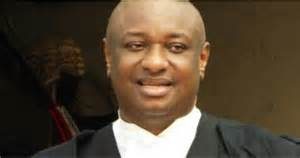 In a letter dated April 16, 2018 signed by its Director-General, Rotimi Amaechi, Mr. Keyamo’s role specifically includes, aiding Mr. Buhari to secure its party nomination in the forth-coming National Congress of the All Progressive Party (APC) and the subsequent campaigns for the 2019 elections.

“I’m pleased to convey to you the decision of the President Muhammadu Buhari Campaign Organisation to appoint you as director, strategic communications in respect of the forthcoming campaigns for the 2019 presidential election,” the letter read.

“As you are aware, President Muhammadu Buhari is seeking the nomination of our great Party, the All Progressives Congress, as the candidate for the said election.

“Your appointment is to aid in getting the said nomination and to ensure the success of the subsequent campaigns for the 2019 presidential election.

“In your capacity, you are to be the Spokesperson for the campaign during the nomination process and also at the subsequent campaigns for the 2019 presidential election.”

Recall that Mr. Buhari announced last week Monday announced his intention to seek re-election through its party leadership before departing for London.

Mr Keyamo is a rights crusader and known supporter of the Buhari administration since 2015.