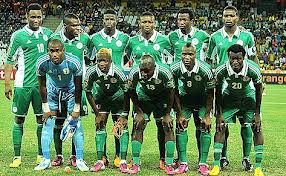 The Stephen Keshi led Super Eagles on Saturday suffered a 1-0 defeat by the Sudanese side in the 2015 Africa Cup of Nations qualifying series.

The  Super Eagles 1-0 defeat goal came in the first half of the match following a deadly heading by striker Bakri, of which the Eagles never recovered from

The result has dimmed Nigeria’s chances of the African’s defending champion of qualifying for the 2015 Africa Cup of Nations.

The last time Nigeria was beaten by Sudan was in 1967 when it won 2-1 in the African tournament.