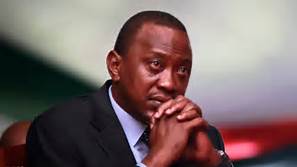 The Ministry of Foreign Affairs, however, said Nairobi had not received any official communication from Somalia requesting Kenya’s ambassador to leave for Nairobi for consultations.

The ministry said in a statement issued in Nairobi that the action by Somalia “is reportedly based on unsubstantiated allegations”.

According to the ministry, Kenya respects and upholds the cardinal international principles of self-determination, sovereignty, political independence, and territorial integrity of all countries, and in particular those in Africa.

“Kenya reiterates its support of the positive steps taken by the People of Somalia in the implementation of the Somali-owned Political Roadmap on Inclusive Politics.

“This also including the September 2020 Agreement between the Federal Government of Somalia and Federal Member States on the election model and election calendar for 2020/21,” the ministry said.

“It is, therefore, incumbent upon all political actors in Somalia to stay true to their political commitments, avoid distracting actions, but rather engage constructively to ensure timely implementation of the elections calendar, which will mark another critical phase in the post-conflict reconstruction efforts in Somalia,” it added.

The statement comes after the Somali government on Sunday evening said that it was expelling Kenya’s ambassador to Mogadishu and recalling its own envoy from Nairobi over what it termed as Kenya’s interference in both its economic and political affairs.

“The federal government of Somalia expresses its regret in the government of Kenya’s overt and blatant interferences in the internal and political affairs of Somalia which has the potential to be a hindrance to stability,” the foreign ministry said in a statement.

But Nairobi said Kenya continues to support Somalis in their quest for peace and stability by employing active diplomacy, as well as by making meaningful contributions towards the re-establishment of institutions of political governance.