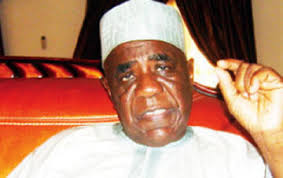 Few days to the National Convention of All Progressives Congress (APC), which took place on June 12 and 13, 2014, Katsina State chapter of the party held its state congress after over two months of conspiracies and flexing of muscles among the three different groups in the party in Katsina.

Worried by the continued delay in the conduct of the state congress, an APC member representing Daura Constituency at the Katsina State House of Assembly, Yusuf Shehu, had on May 9, 2014 called a press conference where he expressed dismay at the failure to conclude the party’s congress in the state.

Addressing newsmen at the media briefing, Shehu said: “I am disappointed at the way the congress is being handled in Katsina State. It is exactly six weeks now and we have not concluded the congresses in Katsina State when we ought to have been done with it and engaged in full mobilisation. We are not happy with whoever is behind this. We still cannot clearly say what is the reason behind this delay.”

The state congress, which was eventually conducted on June 8 and 9, saw the emergence of Mustapha Muhammad Inuwa as the substantive chairman of APC in Katsina State. Inuwa, an ex-Katsina SSG emerged from the group led by former Speaker of House of Representatives, Alhaji Aminu Masari with 1004 votes to defeat his closest rival Abdullahi Murja who scored 776 votes from the Senator Kanti Bello-led group, while the candidate of the third group controlled by Abdulaziz Yar’Adua, a retired military officer and younger brother to late President Umaru Yar’Adua had just 192 votes.  The delegates for the state congress were drawn from all the local councils in the state.

In his post-election speech, Inuwa appealed for the maximum support and cooperation of party members, assuring that he would leave no stone unturned to ensure a virile party that will confront the challenges ahead.

However, an interview granted by Senator Kanti Bello, former Senate Chief Whip who represented Katsina North Senatorial District between 2003 and 2011, indicated that the internal strife among the groups in Katsina APC may not have come to an end even with the emergence of a substantive chairman.  While commending the outcome of the national convention of the party, the APC chieftain insisted that the party’s state congress in Katsina remains inconclusive. The erstwhile federal legislator said he could not imagine how the Masari-led group would come out to say they won all the seats for the state executives when no election took place, except for the chairmanship position.

So, it was very, very tight. So, when we were doing the elections only the chairmanship election took place on the understanding that after the election of the chairman, whichever structure emerges, then the other remaining positions will be shared pro-rata between the various groups based on the outcome of their electoral votes, which if you want the party to progress and you want to carry everybody along, it is a natural thing to do.

This was my understating. I talked to the congress committee chairman, and he confirmed to me that that was what the understanding is all about. But to our surprise after the chairman has emerged from the Masari group, which is a combination of Masari, state assembly members, House of Reps members and the Senators group with about 1000 votes, everything changed. Our group had about 800 votes. And we know what we did. To even get the 800 we had to soft-pedal because of certain interests. We don’t want the party to be divided. It is deliberate. It is not because we don’t know what they were doing to manipulate the election. We knew.

They cancelled three local governments which would have made group win. But we accepted it as a family for us to move forward. It took us two months to conduct the congress. But it is so unfortunate that after the result has been attained; we came in to the national convention. Then, suddenly this man who won the chairmanship and his group came out and said that they have won everything. That they are not willing to accept what is in the agreement.”

Disclosing that his group had already written a petition to the national body of the party drawing its attention to the issue, he said: “It is my belief that the newly elected members of the national excos would look particularly into the case of Katsina and see that justice is done. I didn’t want to say this because I have refrained from talking to the press.  But I want to make it abundantly clear that we are not going to accept anything short of two things.

One, it is either we share these remaining posts pro-rata or in the alternative we finish the congresses, whichever way they feel they want to do it, it must be nothing short of these two options. Their group had 1004, my group got 776 and the Yar’Adua group scored 192 for the state chairmanship. So, all we are saying is that since election did not hold for other positions, share those other positions pro-rata in this manner – 40% for my group, 10% for Yar’Adua and they should take 50% plus the chairman.”

Perhaps, in the assumption that the wrangling was over, Inuwa declared that the election of his executive committee signaled the deliverance of the state from oppressive forces that have held it down for a long time. He was quoted as saying that “we have resolved here to work towards uniting each and every member of the party because we believe that it is only with unity that we can face the challenges ahead, particularly the elections coming up; the local governments (election) and 2015. We believe, as our symbol proclaims, united we are, the stronger we will be and success will become ours.

Three major groups contested (at the state congress) and at the end of the day one group emerged victorious. We don’t consider anybody as a loser because it is APC that has won. We pledge here to be dedicated, committed, focused and make sure that we do things according to the rules of the game. We will be honest in our dealings with members, we will be honest in our dealings with the funds of the party and this we promised and this we will do. What we want at the end of the day is APC, not individual groups. There will be no more (Aminu) Masari group, no more Kanti (Bello) group, no more (Abdul) ‘Soja’ group and no more anybody’s group but APC in Katsina.”