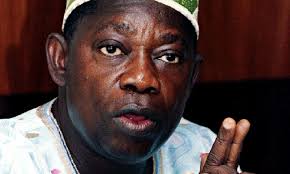 By Sadiq Umar – The Muslim Rights Concern (MURIC) has rejected May 29 as Nigeria’s Democracy Day, arguing that the June 12, 1993 election day described by both local and international observers as the freest and fairest in Nigeria history should instead be considered as the real Democracy Day.

The group described as “fraudulent and unrealistic” the May 29 date, saying it was foisted on Nigerians by the last military juntas of General Abdulsalam Abubakar

In a statement by its Director, Prof Ishaq Akintola, the said the June 12 date is preferred because it “was the day all Nigerians decided to sink religious and ethnic differences to vote for a muslim-muslim ticket.

The May 29 was picked by the last military regime it marked the day that the military handed over power to civilians after decades of military dictatorship.

“It is our considered opinion that June 12 should be Nigeria’s real Democracy Day because June 12 election was adjudged by both local and international observers as the most orderly, most peaceful and most democratic election in the annals of Nigeria’s history. That election remains celebrated today as the only one that was free of rigging, ballot box snatching, thuggery, hooliganism and other related ugly incidents,” it argued.

“June 12 1993 was the day all Nigerians decided to sink religious and ethnic differences. They voted for the Muslim – Muslim ticket of Chief M. K. O. Abiola and Babagana Kingibe. Nigerians spoke with one voice on that memorable day from Enugu to Kaora Namoda and from Sokoto to Bayelsa. The churches rejoiced with the mosques on June 12 1993 and Nigeria truly became one.

“Those who picked May 29 merely wish to switch attention from our collective will. May 29 is enslavement and captivity. June 12 is freedom and liberty. It symbolizes unity and epitomizes unconditional love. It is emancipation from the claws of bourgeois politics, ethnic jingoism and corruption unlimited.

“June 12 removed the veil from our eyes. It taught us to seek leadership in competence, integrity and decency, not mediocrity, religious affiliation or ethnicity. On June 12, we stand,” the statement added.