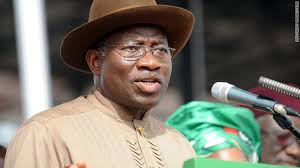 There are strong indications that President Goodluck Jonathan may swear in the 11 new ministers
recently approved by the Senate today just as he planned to re-position the team to enable him achieve strategic objectives.

Newsinvestigators learnt that the president would embark on a cabinet reshuffle as more ministers would be relieved of their portfolios while some of the existing ones would be moved to another ministries.

The new ministers are expected to be sworn-in at the Council Chamber, Presidential Villa Abuja before the commencement of the weekly Federal Executive Council meeting today.