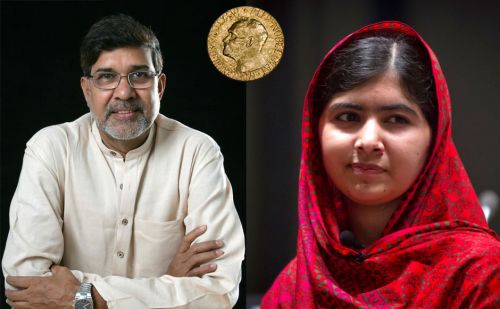 Jonathan believes that Malala and her co-winner are very worthy recipients of the Noble Peace Prize in view of their globally-acclaimed and very courageous advocacy against bigotry, discrimination, oppression  and extremism  even in the most difficult of circumstances.

In a statement by his Special Adviser, Media and Publicity, Dr. Reuben Abati, the President who recalls his meeting with Malala earlier this year when she visited Nigeria, salutes her indomitable spirit, resilience, courage and conviction in promoting young girls’ right to education.

“Jonathan similarly commends Satyarthi’s peaceful campaign against human trafficking and abuse of children as slave labourers, urging others with grievances around the world to emulate her method of non-violent protests.

“The President enjoins  both Nobel laureates to draw greater strength from the global honour and recognition which the Nobel Peace Prize represents and carry on their brave advocacy for the rights of girls, women and oppressed persons with renewed vigour and impetus,” Abati said.

He assures the 2014 Nobel Peace Prize winners that he fully shares their belief and views on gender equity and the protection of the rights of young persons.

“He further assures them that  under his leadership, the Federal Government of Nigeria will continue to do all within its powers to promote safe education for all children and the empowerment of women, while vigorously protecting young children from forced labour and human trafficking,” the statement added.