President Goodluck Jonathan has confirmed the appointment of Mr. Suleiman Abba as the substantive Inspector General of Police (IGP).

The confirmation followed the recommendation by the Council of State meeting also held on Tuesday at the Presidential Villa in Abuja.

Abba, 55 was appointed Acting IGP in July following the retirement of of his predecessor, Mr. Mohammed Abubakar.

Until his appointment in July, Abba served as Assistant Inspector General of Police, in charge of Zone 7 command. He earlier worked as Assistant Commissioner of Police in charge of the Criminal Investigation Department, FCT Command, former Deputy Force Secretary, former Commissioner of Police, Rivers State and former Aide-De-Camp (ADC) to the wife of a former military Head of State, Maryam Abacha. 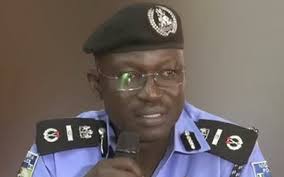 The IGP holds degrees in History and Law and is due to retire March 22, 2019.