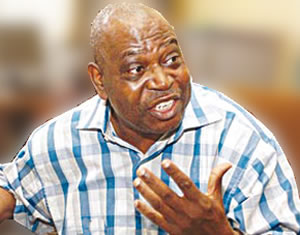 The Academic Staff Union of Universities (ASUU) has suspended its National Executive Council meeting scheduled to hold to review developments regarding the on-going nationwide strike.

The decision to suspend the NEC meeting earlier slated for today in Kano was to honour its member Prof. Festus Iyayi who lost his life in a ghastly accident yesterday on his way to the meeting.

ASUU President, Dr Nasir Fagge, who announced the decision at a media briefing in Kano said the union found it necessary to suspend the meeting following the sudden death of Prof Festus Iyayi.

Fagge described the death of Iyayi as a great loss to the country saying  the late Iyayi was a strong pillar of the union.

Said he:  “You have to bear with us because we are in mourning because we lost one of us, who was a strong pillar.”

Some students however expressed disappointment over the development. “We are not happy with the situation because we have overstayed at home,” a student said.

Another student called on ASUU to fix a new date for the meeting in order to resolve the lingering crisis.

“We are not really happy but since it is the death of their member, they were right to have suspended the meeting.

‘’But we thought they will fix a new date for the meeting before leaving the venue,’’ he added.