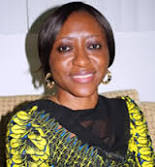 By Funmi Emmanuel, Abuja.
The Industrial Training Fund has said the task of developing the needed skills to support the country’s industrialization policy would only be made easier with the continuous support of governments at all levels and the goodwill of the organized private sector.

This, it added, could be achieved thorough patronage of the ITF’s training programmes as well as prompt remittance of training contributions.

The Director-General, ITF, Dr Juliet Chukkas-Onaeko, disclosed this on Wednesday while speaking at the opening ceremony of the sixth management retreat of the agency in Asaba, Delta State.

The workshop, with theme, “Mastering the art of leading change” was organized by the ITF to come up with strategies that could be used in achieving its mandates.

She said.”We appeal to both the private and public sectors to support the ITF. On our part, we shall not relent in providing appropriate need based performance improvement intervention of all our clients and stakeholders.”

She also unveiled plans to set up training centres in all the six states of the South-South region, noting that such moves would help to shift attention away from oil.

“There are training centers in other zones and I think it is important to have such in the South South inside considering the fact that the oil and gas is about 90 per cent of our revenue and we are not yet playing strongly in that sector.

“We are looking at ways at which we can collaborate with the south South governors and get their full support.”

She also said that the ITF had been mandated to develop the manpower skills of two million Nigerians annually.

She said, “The manpower requirements of the federal government’s transformation agenda requires that we should do more.

“It is against this backdrop that I was given the task to train two million Nigerians annually when I was appointed DG of the ITF.

“It is a challenge that I accepted and I believe is achievable with the support of all Nigerians.”

She said that as part of efforts aimed at actualizing this mandate, the ITF had, under its National Industrial Skills Development Program trained over 35,000 youths nationwide in its first three phases.

Also speaking at the retreat, the Governor of Delta State, Dr Emmanuel Uduaghan expressed the willingness of the state to collaborate with the ITF in developing capacity of the people.

Represented at the event by the Deputy Governor, Prof Amos Utuama, he said skill acquisition and job creation are central to the three point agenda of his administration, adding that ITF has a critical role to play in this regard.