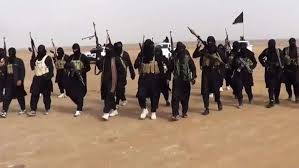 Islamic State’s Amaq News Agency said on Sunday that the Islamist militant group was responsible for the shooting that killed at least 50 people in a massacre at a gay nightclub in Orlando, Florida, United States of America.

The Islamic State media outlet said the perpetrator of the Orlando nightclub attack was a member of the extremist organisation.

“The armed attack that targeted a gay night club in the city of Orlando in the American state of Florida which left over 100 people dead or injured was carried out by an Islamic State fighter,” Amaq said.

Meanwhile, US President Barack Obama and Pope Francis on Sunday condemned the shooting at the packed gay nightclub in Orlando on Sunday, killing 50 people and left 53 others wounded.

Obama, while delivering a statement about the attack from the White House, said the Orlando nightclub massacre was being investigated by federal authorities as terrorism.

The US president said a “definitive judgement” about the motives of the gunman was not yet available.

He said: “We know enough to say that this was an act of terror and an act of hate.

“What is clear is that he was a person filled with hatred.”

Flags at the White House were lowered to half staff in mourning for what Obama called a “horrific massacre”.

Obama noted that the shooting was “the most deadly shooting in American history.”

He said: “This is a sobering reminder that attacks on any American, regardless of race, ethnicity, religion or sexual orientation, is an attack on all of us.”

Authorities in Orlando, Florida, said at least 50 people were killed and more than 50 were wounded.

The gunman was killed in a shootout when police stormed the nightclub.
The Vatican said on Sunday that Pope Francis was horrified by the Orlando gay nightclub shooting.

The Vatican said in a statement that the incident had caused “the deepest feelings of horror” in Pope Francis.

The statement said: “The terrible massacre that has taken place in Orlando, with its dreadfully high number of innocent victims, has caused in Pope Francis, and in all of us, the deepest feelings of horror and condemnation.
“We all hope that ways may be found as soon as possible.

“This is to effectively identify and contrast the causes of such terrible and absurd violence which so deeply upsets the desire for peace of the American people and of the whole of humanity.”