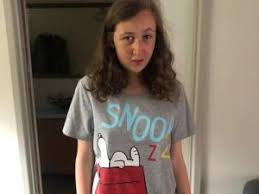 A 15-year-old teenager, whose body was found in a ravine in Malaysia after a ten-day-long search, died from gastrointestinal bleeding caused by starvation, autopsy results showed.

“Nora Anne Quoirin’s cause of death is gastrointestinal bleeding due to duodenal ulcer complicated by perforation,” authorities told reporters at a news conference on Thursday.

The 12-hour-long forensic exam showed the teenager had been dead for 2 to 3 days before her naked body was discovered in a ravine 2.5 kilometres from where she went missing.

The autopsy found no evidence of rape.

Authorities also said that “for the time being” they had found no elements suggesting the Irish-French teen was abducted or kidnapped.

Quoirin was reported missing from her hotel room by her family on Aug. 4 at Dusun Resort in the south-western state of Negeri Sembilan, about 80 kilometres from Malaysian capital Kuala Lumpur.

Her body was found on Tuesday afternoon and was subsequently taken to hospital by helicopter for identification.

The discovery of Quoirin’s body concluded a frantic search that involved aboriginal tribe members, local volunteers, and hundreds of firemen, as well as police forces from Malaysia, Ireland, Britain, and France.

The search for the teen was hampered by the fact that she suffered from holoprosencephaly, a disorder that causes learning and developmental disabilities.

Quoirin lived with her family in London but carried dual Irish and French citizenship.