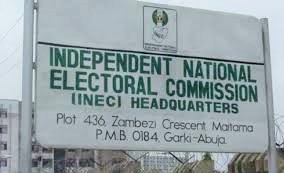 (News Investigators) /The Independent National Electoral Commission (INEC) has released the final list of the eligible candidates for the various elective positions, in the 2019 general elections, even as Social Democratic Party (SDP) flagbearer, Jerry Gana’s name is omitted.

The list as tweeted from the Commission’s verified Twitter handle @inecnigeria contains the names of candidates for the Presidential, Senatorial, House of Representatives as well as State Assemblies.

Also featured in the list are Mrs. Oby Ezekwesili of the Allied Peoples Movement (APM) of Nigeria; Mr. Omoyele Sowore of the African Action Congress (AAC); Mr. Kingsley Moghalu of the Young Progressives Party (YPP); Mr. Sina Fagbenro-Byron of the KOWA Party; and Mr. Fela Durotoye of the Alliance for New Nigeria (ANN).

However, despite the recent court ruling which declared a former Minister of Information and Orientation, Prof. Jerry Gana as the Presidential flagbearer of the Social Democratic Party (SDP), both Gana and a former Cross Rivers State Governor, Mr. Donald Duke who is a rival Presidential candidate of the party are missing in the INEC final list.

The INEC list also indicated that there are total of 28 women on the list either as the Presidential candidate or running mate.

INEC has fixed the presidential and NASS polls for Saturday, February 16, while the Governorship and State Assembly polls are to hold Saturday, March 2, 2019.