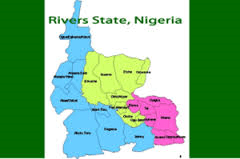 By Jackson Udeani – The Rivers State chapter of All Progressives Congress (APC), has urged the Independent National Electoral Commission to declare the results of concluded rerun election in Tai Local Government of the State without delay.

The Party said it has taken notice of a press statement by the Chairman of the Rivers State chapter of Peoples Democratic People (PDP), Felix Obuah, signed by his media aide, Jerry Needam in which reference was made to a petition by the PDP chairman threatening dire consequences should the result be declared by INEC.

The APC in a statement signed by its Publicity Secretary, Senibo Chris Finebone said the party “feels disturbed that a totally dishonest narrative is being foisted on critical stakeholders and the public by the PDP to the effect that the rerun election in Tai was cancelled and therefore results cannot be released by the Independent National Electoral Commission (INEC). Indeed, this is far from the truth!”

For the APC “by INEC guidelines, the Tai election has been concluded and so declared and INEC knows this to be a fact. No amount of threat and intimidation will sustain the injustice of denying Tai people consummation of the franchise they freely expressed on March 19, 2016.”

Continuing, the party said, “it is very important for INEC to announce the result for Tai because the people of the area are saying it loud and clear that there was an election in Tai and they voted. Therefore, the candidates need to know what they scored so far in the March 19 rerun election before going into another one. “

The APC stated that INEC must correct the injustice to Tai people by releasing results of the March 19 rerun election, for this is the time for INEC to do the right thing, adding that INEC has done more than enough favours to the PDP already including declaring seats for PDP candidates who did not win.

The opposition party in Rivers State enjoined law enforcement agencies to be alive to their responsibilities at all times including before, during and after the conclusion of the rerun elections whenever INEC announces a date to hold it.

The APC insisted that, in line with relevant INEC guidelines, the rerun election in Tai Local Government Area was duly held and people voted, and therefore, it behoves on INEC to release the result prior to rerun election conclusion.