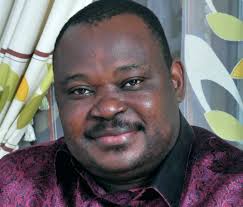 The Commission on Thursday released the names of candidates of the 30 political parties that would participate in the forthcoming governorship election and Jegede’s name was among as the candidate for the PDP.

Ir will be recalled that two factions of the party had claimed to have submitted names of its candidates to the INEC ahead of the election.

While Ahmed Makarfi’s faction submitted Jegede’s name, Ali Modu Sheriff’s faction said it had submitted Mr. Jimoh Ibrahim’s name as the candidate of the party.
0
But in the INEC’s list of parties’ candidates, which was displayed at the commission’s office in Alagbaka, Akure, the state capital, Jegede’s name was on the list as the PDP candidate for the governorship poll.