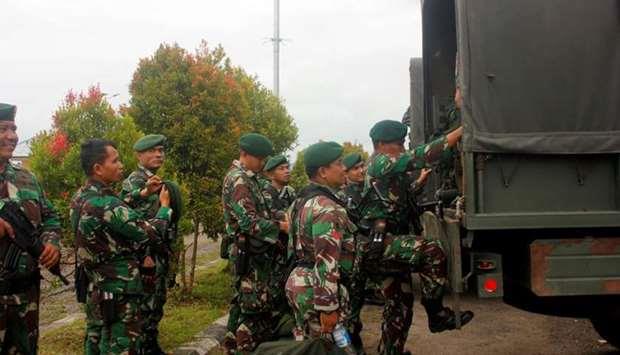 (NEWS INVESTIGATORS)  Indonesia is sending 1,200 police reinforcements to West Papua province as unrest triggered by the treatment of Papuan students on the main island of Java continued for a third day, police said on Wednesday.

National police spokesman Muhammad Iqbal said that protesters torched a traditional market and other government buildings in the town of Fakfak in the latest violence.

Iqbal said that additional personnel would be sent to Manokwari and Sorong, where protesters set fire to buildings on Monday and Tuesday.

“The situation is under control.

“We are prioritizing persuasive measures and communicating with community and religious leaders,” he added.

Thousands of people marched in West Papua on Monday and set fire to several government buildings in response to a crackdown on Papuan students in East Java who were protesting for self-determination for their homeland on Friday.

Protesters also torched a section of a prison in Sorong, prompting a riot that led to the escape of more than 250 inmates.

Rights groups have criticized the police for what they called heavy-handed treatment of dozens of the Papuan protesters during the rally demanding self-determination for their homeland in East Java.

Papuan activists said they were also subjected to racist abuse.

Separatists have fought for independence for the region since the 1960s.

Papua and West Papua provinces make up the Indonesian half of New Guinea island. (dpa/NAN)