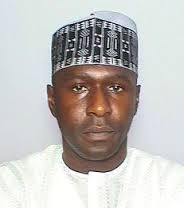 Vice Chairman, Senate Committee on Niger Delta Affairs, Senator Nurudeen Abatemi-Usman has said that Nigerians have reasons to celebrate the country’s fifty-four years of Independence, having lived together as a people all this while in spite of the manifold problems that have confronted the nation.

The Senator, representing Kogi Central Senatorial District on the platform of Peoples Democratic Party (PDP), stated this in a statement issued by his Special Assistant on Media and Publicity, Mr. Michael Jegede in Abuja on Nigeria’s 54th Independence Anniversary.

Abatemi-Usman noted that though bad leadership and corruption may have been responsible for the country’s economic woes, the PDP government presently led by President Goodluck Jonathan, according to him, willcontinue to work hard to change the situation for the betterment of the entire citizenry.

“I congratulate the entire citizens of Nigeria on the celebration of our 54th Independence anniversary. Things may not have been rosy as they ought to be for us as a people after 54 years of self-governance, but I think there is hope that we will get to the promise land. Some have said that we do not have any reason to celebrate. But I must saythat we have reasons to celebrate. That we have remained a one united and indivisible country all these years, despite the numerous challenges that have confronted us at one time or the other, is indeed, enough reason why we should beat the drum and celebrate on this day,” Abatemi-Usman remarked.

Adding that “Though, bad leadership and corruption have undoubtedly been the bane of our economic growthand development.  But I want to assure Nigerians that this current government under the able and dynamic leadership of President Goodluck Ebele Jonathan, of which I am part of as a federal lawmaker, will continue to do its best to salvage the country and put smiles on the faces of Nigerians.

“Let us continue to live in peace among ourselvesand it shall definitely be well with us all,” he added.