LAGOS/By Dipo Awojobi – The Speaker of the Lagos State House of Assembly, Rt. Hon. Mudashiru Obasa has commended the patience and perseverance of Nigerians in spite of the present state of economic recession in the country.

Obasa however, assured Nigerians that with the efforts being put in place by the present government at state and central levels, the recession would soon be a thing of the past hence the need for the people to continue to support and cooperate with the government since the task of improving the country is a joint effort involving the government and the people.

The Speaker, in his Independence Day message to Nigerians through a statement signed by his Chief Press Secretary, Musbau Rasak, said that the Independence Day celebration brings hope to Nigerians because the present government is on top of its goal and is determined to bring Nigeria out of its present state.

“It is an open secret that there is economic recession in the country and I salute the perseverance and patience of our people.  We should however take solace in the fact that the government of the day knows what to do and is capable of lifting Nigeria out of recession.

“I want to call on Nigerians not to relent in their support and cooperation for the government at all levels because all hands must be on deck in order to bring back the glorious days,” Speaker Obasa said.

He therefore implored Nigerians and Lagosians in particular to remain steadfast and hold the dream of the nation at heart assuring that the country will remain one united entity which would lead to making the country great again.

Speaker Obasa, while congratulating Nigerians on the 56th anniversary of its independence, prayed that they will continue to witness more anniversaries. 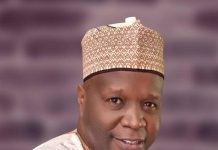 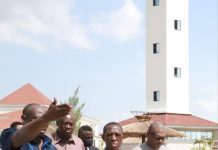