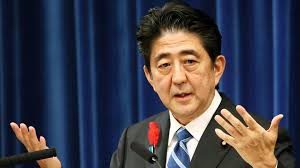 New Japanese government data revealed for the first time that crime was higher among the country’s elderly than teenage youth.

According to the Kyodo News Agency, police authorities reported on Thursday that “the number of people aged 65 or older subject to police action reached 23,656 between January and June, compared to 19,670 for those aged 14-19.” It’s the first time the elderly have exceeded the young in crime data since 1989, when Japan started keeping tabs of crimes by age group.

For quite some time, there’s been a considerable focus on Japan’s aging, shrinking population and the potential effects of its steady demographic slide. Some projections suggest Tokyo’s population will halve by the end of the century; the Japanese capital is one of the few major urban centers in the world that is shrinking rather than expanding.

Parallel to this trend has been the curious rise in Japan’s elderly crime rate, which doubled between 2003 and 2013, according to Bloomberg. In 2011, the number of crimes committed by the elderly was six times what it was 20 years prior. Even as murder rates declined in Japan, homicides carried out by the elderly were rising.

Some 70 percent of the elderly crimes, according to a government white paper written in 2012, were acts of shoplifting by impoverished pensioners. A 2012editorial in the Japan Times said the surge in elderly crime “primarily [stems] from bad economic conditions,” exacerbated by welfare cuts as more and more of Japan’s population enter their twilight years.

Even minor offenses can garner jail time where some pensioners (as well as other elderly guilty of graver, more violent crimes), enter a strange reality. 1 in 5 inmates in Japanese prisons is over the age of 60 — a ratio far greater than that found in the U.S. The inmates’ health problems and social alienation often compound while incarcerated.

A 2008 dispatch in Britain’s Guardian newspaper offered a snapshot of the situation:

The most common condition afflicting these men is loneliness. Some serve their sentences without seeing a single visitor. Their relatives are either dead, live too far away or, unable to cope with the shame of having a criminal in their midst, have ceased all contact.

“When one of those inmates dies, the prison discreetly arranges a cremation and sends the ashes to his closest relatives,” Tomohiko Ogawa, the chief warden at Onomichi, says during a tour of the prison. “When we did a survey of prisoners due to be released, half said they were happy, not because they were regaining their freedom but because they had someone waiting for them on the outside. Not all of them are so lucky.”