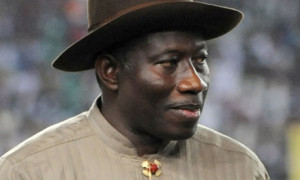 A delegate from Imo state at the ongoing National Conference Engr. Bob Njemanze yesterday carpeted President Goodluck Jonathan’s speech during the Inauguration of the Conference saying that there is nothing much in that speech that should have warranted such applause given by delegates.

He said,”I don’t see  much that has required such applause in this speech, if the man has done exactly what he supposed to do, and try to serve, but we have now of the point of converting privileges to rights and rights to privileges.

“It is our entitlement, we should have good governance. So if a President comes out here and  announce here things that would make for the betterment of our people, I don’t see why we should be sycophantic as those who were found in the two million-man march.

“There is nothing so particular that we have not found in other speeches, what I think is most important in this circumstance is the implementation of those things that the President has enumerated.

While commending the Chairman for handling proceeding excellently so far, Njemanze however faulted him for the undue attention and time allotted the Lamido because there are some Nigerians, civilized that can not be subjected to intimidation in an assignment like this one.

“I wonder why my Governor even nominated me and I asked my wife, she said you know you are not a tam player.

“I asked her, after after four children with you, my team mate, what other thing do I end to prove that  I am a team player”.

He said the insecurity in the country can only be solved if Commissioners of Police revert back to being the Chief Securoty Officers of their States.