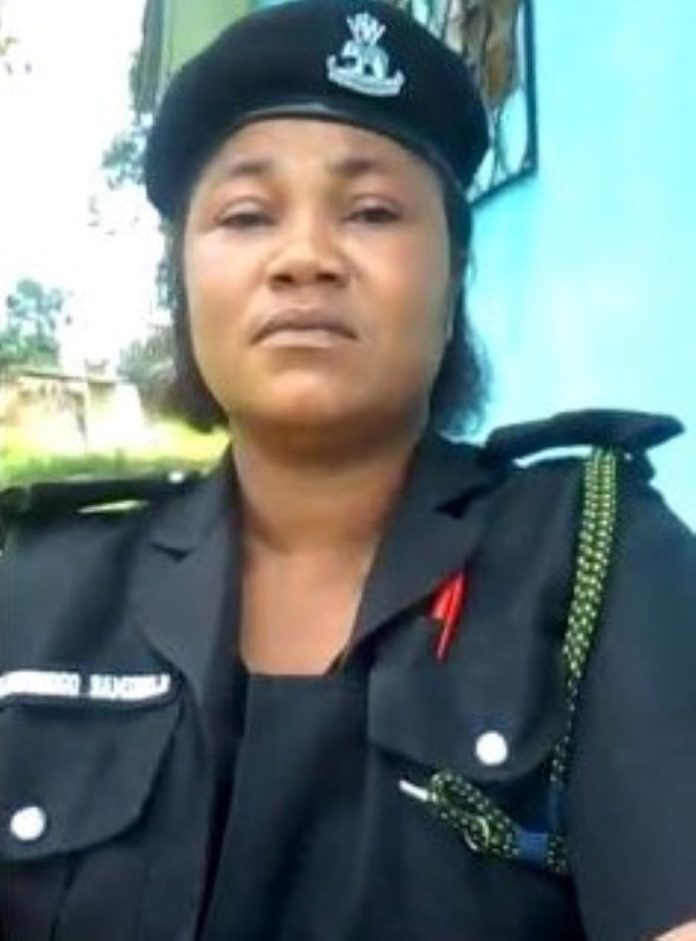 News Investigators/ The police high command has stepped into the case of alleged assault of a female police officer in Osun by her superior officer over alleged love overtures.

Commissioner of Police in Osun, Faleye Olaleye, said the police was aware of a trending video in which the assaulted officer, an Inspector, narrated how she was brutalised by an Assistant Superintendent of Police.

Police spokesperson in the state, SP Yemisi Opalola stated in Osogbo on Wednesday, that Mr Olaleye had ordered a thorough investigation into the matter.

“The Commissioner of Police, Mr Faleye Olaleye, is aware of the video of a woman Inspector, Olorunsogo Bamidele allegedly assaulted by her Divisional Crime Officer, ASP Ajayi Mathew in Ode-Omu division trending on social media.

“The commissioner has interviewed the police officers involved in this unprofessional act and consequently ordered thorough investigation of the incident to unravel circumstances that led to these unethical behaviours.

“The commissioner of police is assuring the general public that justice will prevail on the matter,’’ she stated.

Similarly, the Inspector-General of Police, Mr Usman Alkali Baba, has directed Mr Olaleye to investigate the alleged assault on Bamidele.

A statement by the Force Public Relations Officer, CSP Muyiwa, Adejobi, said the IGP would await the report of the investigation before taking necessary action.

“The Inspector-General of Police, IGP Usman Baba, has directed the Commissioner of Police, Osun, Mr Olaleye, to investigate the alleged assault on woman Insp Olorunsogo Bamidele by her Divisional Crime Officer in Ode-Omu.

“We assure the general public that justice will be done in the case to protect the core values and ethics of the Nigeria Police Force,’’ Adejobi stated.

In the viral video, Insp Bamidele showed injuries and blood stains all over her body.

She explained in the video that ASP Matthew assaulted her and threatened to kill her with a Dane gun because she refused his love advances towards her.

Insp Bamidele also claimed that two police constables and 10 civilians were among those present when she was assaulted by the ASP Mathew on Tuesday.

“What is my offence?’’ she queried in the video.

She claimed that ASP Mathew stripped her naked in the process “because he asked me out that I should befriend him, but I said `no’, that I am a married woman and he started beating me,” she said in the video.