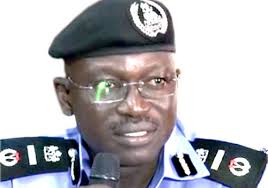 The Inspector-General of Police (IGP), Mr. Sulaiman Abba, insisted on Tuesday that voters have to ‘go home and cool down’ after casting their ballots on Saturday, rather than stay back at polling centre, just as he announced a restriction of vehicular movement fro 8:00a.m to 5:00p.m on election day.

Earlier, at the briefing of accredited election observers in Abuja last week, Abba, who threatened to deal with anyone that breach public peace during the polls, directed electorates to leave polling centres after casting their votes.

But, the All Progressive Congress (APC), had dismissed the IGP’s directives, urging its supporters to stay put at polling centres to “protect their vote.”

At the National Stakeholders’ Summit on the 2015 general election in Abuja on Tuesday, Abba reiterated his call on all voters to stay off the polling centres and go home after casting their votes.

“I advise voters, for the security of the elections, that after voting, they should go home,” he said.

Abba cited Section 129 of the Electoral Act, which according to him, prescribe the conduct of people at polling units during elections.

“This advice is from what I observed from the provisions of the Electoral Act, Section 129 in particular, which list nine offences that could be committed at the polling unit, he added.

He also advised political leaders to cast their votes and leave, instead of campaigning at the polling units. Abba said that there would be restriction of movement across the country between 8am and 5pm on the election day.

The IGP who acknowledged that partisanship and high-handedness of the policemen were some of the reasons that could trigger violence in elections, assured that the police had taken measures to ensure that threats to elections and violence are tackled.