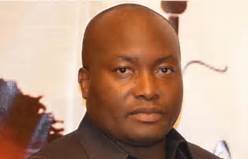 …laments plight of over 2,000 workers rendered redundant by shut down

Uba who appeared before the House Committee on Petroleum Resources (Downstream) during the probe of N11 billion allegedly owed NNPC, denied media reports on oversea travel and social functions, disclosed that he has not granted any interview since his release from the Department of State Security (DSS) custody two weeks ago.

Ubah who expressed displeasure that he heard of the invitation from the Committee on social media, stressed that NNPC owed his company about N16 billion.

He wondered why NNPC was only concerned about its claims that it was owed N11 billion by Capital Oil and Gas, but was silent about what the amount it owed.

“While we called for reconciliation of these issues, NNPC decided to present the issue to the public and other government agencies and in the process deliberately left important information.

“NNPC for example claimed that we owe N11 billion but failed to reveal that they owe us N16 billion with a key portion of the debt spanning over two years”, Ubah said.

Earlier in his presentation Executive-Director, NNPC Retail, Danjuma Dansure reiterated that following the intervention of the DSS, Capital Oil and Gas made a partial payment of N2b in April from N11.144 billion owed the agency for 84,891,730 liters priced at N131.28 per liter.

Featured Posts Ibrahim Imam - December 6, 2022
0
(News investigators) The presidential candidate of the All Progressives Congress (APC) Asiwaju Bola Ahmed Tinubu has explained why he delegated some members of...

Tinubu: Why I Delegated El-Rufai, Others To Answer Questions At Chatham...