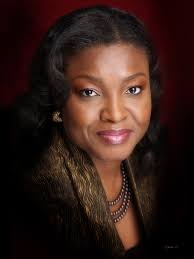 Ordinarily, I would have ignored the fabricated falsehood being peddled by some persons in government over the blackout in some local governments in Ondo South senatorial district especially in Okitipupa and Irele Local Governemnt Areas but for the sole reason that undiscerning members of the public may mistake the fiction being traded around for facts.

I also wish to state unequivocally that this intervention became imperative against the background of the falsehood and misinformation being deliberately shipped around by some political mischief makers who are bent on distorting our recent history concerning the electricity palaver in the district for the purpose of unmerited self-glorification and perhaps to mine some undeserved political benefits.

Going by the above, it is essential at this very juncture to educate our people and also set the record straight. If we must get an immediate solution to this ugly situation which we all seriously crave, we must know where we’re coming from.

It should be recalled that sometime around 2013, there was a crisis between the people of Odigbo Local Government and BEDC officials long before my assumption of office on June 9, 2015 as the Federal Lawmaker representing Okitipupa/Irele Federal Constituency, leading to the mass disconnection of almost every part of Ondo South, except Ileoluji/Okeigbo lG from the National Grid.

As a matter of fact, I inherited it and upon my resumption, I took it up to the Federal Ministry of Power then under the supervision of Mr Babatunde Fashola, SAN, and the Nigerian Electricity Regulatory Commission. This was after a joint motion moved by Hon. Kolade Akinjo on the floor of the house calling on relevant stakeholders to ensure power was restored to the district. It’s rather very pathetic to note that while Odigbo, the epic centre of the crisis has gotten their light restored, the rest communities and towns of the senatorial district who were not involved in the crisis are still languishing in darkness.

On 20th June 2016, I wrote an official letter to the Federal Ministry of Power advocating the forthwith restoration of electricity supply to the good people of Ondo South which had been thrown into total darkness in the last 6 consecutive years. On 25th July 2016, the then Honourable Minister, Fashola, responded to my letter where he directed relevant agencies on the evaluation of electricity distribution facilities within the vicinity of Omotosho Power as a temporary measure.

For further engagement, not totally satisfied by the response of then Minister, I also wrote to the National Electricity Regulatory Commission and copied the then House Speaker, Rt. Hon. Dogara, to draw their attentions to the fact that my constituency as a host community to Omotosho Power Plant had been without public electricity supply for years.

After noticing some delay from both sides, on 17th January 2017, I fired back another letter to then Minister of Power to humbly seek to meet with him, alongside prominent citizens and some selected traditional rulers to address the issues raised therein. By 1st March, 2017, the Ministry reverted to me. The meeting was scheduled to hold on 7th March, 2017. At this point, a coalition of the then Local Government Chairmen, our prominent sons and daughters including Hon. Abayomi Sheba, former Acting Chairman, federal character commission, Elder Akin Arikawe, former permanent secretary, federal ministry of finance and pioneer Chairman debt management organization and the then Ondo State House Assembly speaker Rt. Honourable Jumoke Akindele and our traditional rulers from the two local council areas was put in place for the meeting and subsequent struggles. The two serving local council chairmen, Larry Ogunmusire and Hon Elumaro, in conjunction with the Bring Back Our Light(BBOL) put together an account reconciliatory committee to reconcile the purported debt allegedly owe to BEDC. It’s very important to lay this background to enable Nigerians appreciate the community efforts that have been put into this struggle while the state government just watches from the sides till date.

In the meeting, the then Honourable Minister advised the representatives of the affected Local Government Areas to forward an official complaint, stating the observed sharp practices of the officials of BEDC, leading to the arbitrary disconnection of our areas from the National Grid. In compliance, 26th April 2017, we forwarded the official position of our people to the honourable minister and to the NERC.

On June 2017, NERC wrote to my office to inform me that an ALL PARTIES meeting in respect of our agitation had been convened. The purpose of the meeting was to deliberate and proffer solutions aimed at bringing the matter to a logical conclusion. At this point let me appreciate the sacrifices of Hon. Solomon Bitire, Hon. Aderehinwo and that energetic young man Mr. Olumide Akinrinlola for always taking the risk of traveling by road with documents to Abuja for all meetings with NERC. By July 6 2017, we had the meeting together with the NERC officials and Ministry of Power representatives where the resolutions below were reached.

After waiting for months without taking appropriate steps, On 6th November 2017, I wrote back to the NERC informing them of the flagrant disobedience of BEDC on NERC directives to restore power supply to the affected communities.

Before then, BEDC had complained of infrastructural decay, vandalisation and damage especially in Okitipupa, Irele and their environs. In order to ease this burden off the neck of BEDC, the Niger Delta Power Holding Company(NDPHC) accepted to fix the decayed infrastructure through the intervention of Hon. Minister of Power and instrumentality of Engr. Ife Oyedele, Executive Director(Technical and Engineering Services).

As of the last time I checked, NDPHC has fixed almost 90% of the damaged infrastructure in the aforementioned Local Government Areas. So, the question that is agitating the minds of everybody is why has BEDC not reconnected Ondo South back to the National Grid after the decayed infrastructure has been fixed by the Federal Government.

Again, it’s important to remind the state government that they can’t continue to sit on the fence over this matter. Our people deserve to be protected from the impunity of BEDC. We’ve been patient enough as a people. We can’t be having electricity plant in our land and continue to live in perpetual darkness even when corporate organizations, foreign and local, are alredy taking advantages of the power plant in our domain. The governor must deploy his political will to compel BEDC to obey the commercial terms of agreement it had with electricity consumers in Ondo South and the directives of NERC by restoring power to us immediately.

The Governor of Ondo State, His Excellency , Rotimi Akeredolu, SAN, must emulate his counterpart in Edo State, Godwin Obaseki, who stood his ground and insisted BEDC must restore light to his people before anything else or move their business out of Edo State when the distribution company was defaulting in distributing electricity to some parts of the state.

It’s indeed a very sad narative that Mrs. Funke Osibodu, CEO, BEDC, a native of Ondo State, will be happy that her organisation is perpetuating this evil in some parts of the State. She’s leveraging on her relationship with the State Government to defy agreements and directives properly issued to BEDC by the Federal Ministry of Power and NERC. A stitch in time saves nine.

Omogbehin is a former member of House of Representatives.