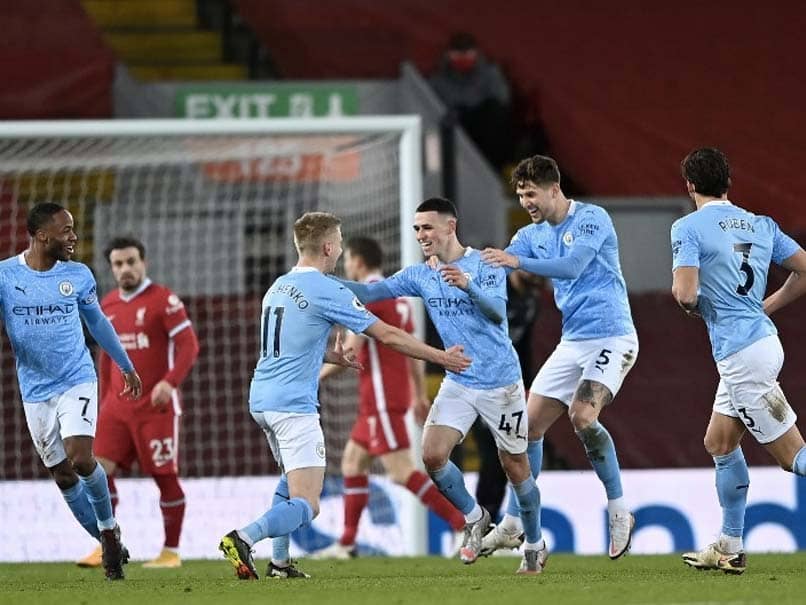 News Investigators/ English Premier League (EPL) leaders Manchester City will turn their attention to the FA Cup this week when they travel to Wales to face Swansea for a place in the quarter-finals.

Fresh from extending their lead at the top of the league table to five points with a 4-1 win at champions Liverpool, Manchester City will try to extend their winning streak.

They will extend it to 15 matches overall by beating the Championship side on Wednesday.

Pep Guardiola’s side are in rare form, even without Kevin de Bruyne and Sergio Aguero, and perhaps their only issue might come if they win a penalty kick.

On Sunday, Ilkay Gundogan joined a growing list of Manchester City players to miss from the penalty kick spot, and Guardiola hinted he is considering something radical.

“It’s a problem that we have,” he admitted.

“In important moments, we cannot miss it, and it doesn’t matter the taker. Again, I’m going to think about Ederson (the goalkeeper), he might be the taker next time.”

Swansea will go into the match with confidence of their own after 12 matches unbeaten at the Liberty Stadium.

Third in the Championship, Swansea have also kept 15 clean sheets this season and goalkeeper Freddie Woodman says it’s been a team effort.

“It’s testament to the lads in front of me,” he said.

“On Friday night, I only made one save. The lads in front of me are working their socks off.

“I’m really happy to get 15 clean sheets on a personal note, but I can’t stress enough that it’s not just a goalkeeper’s thing. It’s really important to help us move forward.”

In the other ties, Leicester City host Brighton & Hove Albion and Southampton are away to Wolverhampton Wanderers.

Manchester United go into their clash with West Ham having conceded in the last minute of a 3-3 draw with Everton last time out.

Forward Bruno Fernandes, who has been instrumental in Manchester United’s success this season, says the club have to learn from their mistakes.

“So, everybody has to be ready and learn from his game. Everything we learn from this game we have to put in the next one and try to win. We have to win.”

Tottenham manager Jose Mourinho takes his side to Everton having ended a run of three straight defeats with a 2-0 win over West Bromwich Albion at the weekend.

That match saw the return to action of Harry Kane after injury and Mourinho reiterated how important his captain is.

“He is one of the best strikers in the world, period,” Mourinho said. “There is nothing else to say.

“The team depends a lot on him, we can’t hide that. It’s the goals he can score, the assists he can make, the link play he has, that personality that the players can have and he is always an important influence for us.”