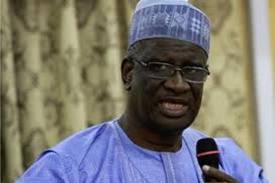 As two former Presidents of the senate, Sen. Ken Nnamani and Anyim Pius Anyim were appointed deputy chairman and Secretary of the committee respectively.

President Jonathan is being expected to make public his desire to seek re-election in the 2015 general elections.

The appointments were announced Thursday after the meeting of the PDP stakeholders held at House 7, Presidential

Also included are national party officials from the zones among others.