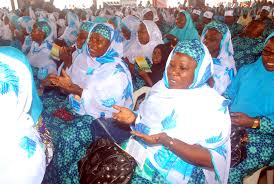 By Dipo Awojobi -The National Hajj Commission of Nigeria (NAHCON) is set to commence the airlifting of the Nigerian pilgrims to the 2016 hajj pilgrimage back home from the Kingdom of Saudi Arabia following the completion of their hajj rite exercise.

The airlifting exercise back home will commence with the pilgrims from Kwara and Kogi States respectively, who would be taking off from King Abdulaziz International Airport in Jeddah, Saudi Arabia, boarding FlyNas Airline, a Saudi indigenous airline and one of the three carriers for this year’s hajj to Nnamdi Azikiwe International Airport, Abuja.

Addressing the stakeholders ahead of the journey, Sayyid Khalid, Director of FlyNas, who spoke on behalf of the carriers, said his airline has concluded arrangements to transport its allocated pilgrims back to Nigeria via six aircrafts.

He said that the airline will not compromise the safety of the pilgrims; therefore it will adhere strictly to the 32kg baggage approved per passenger.

It would be recalled that six airlines were initially approved by the Federal Government to airlift Nigerian pilgrims who participated in this year’s hajj back home, but only three carriers, including two Nigerian airlines, Max Air and MedView airlines and FlyNas ended up airlifting 62, 000 Nigerian pilgrims to Saudi Arabia.

Max Air transported 30,152 pilgrims, Med View 10,135 pilgrims and FlyNas had 23, 100 as agreed and decided through a bilateral agreement between Saudi Government and the Nigerian Government.

It would be recalled that the inaugural flight from Nigeria to the Kingdom of Saudi Arabia for this year’s hajj took off from Sultan Sa’ad Abubakar III International Airport, Sokoto with Max Air carrying 500 pilgrims from Zamfara State.