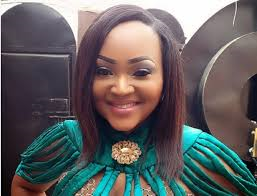 By Dipo Awojobi – The Edo State-born popular Nollywood actress, Mercy Aigbe, was Wednesday arrested by policemen at Olaiya junction in Osogbo, Osun State capital for allegedly displaying a police cap on her car’s dash board.

Sources revealed that the sporadic gunshots by the police men attracted passers-by to the scene that occurred around 4:30 p.m.

According to the sources, Aigbe and her driver in their metallic gold Honda Accord car were given a hot chase to the spot by the trigger-happy police patrol team.

When eventually the Yoruba film actress was stopped her car was said to have been thoroughly searched by the policemen.

When Aigbe was ordered to step out of the car, she obliged the policemen but her appearance attracted a huge, struggling to catch a glimpse of her face as she was been quizzed by the security operatives

The actress managed to put a call through to a superior police officer, when her vehicular papers and phones were seized by the policemen.

Later, the Aigbe’s driver was driven away in the police van while another police officer was said to have taken the actress away in her Honda car.

But an Assistant Police Public Relations Officer in the state, Ajibade Egbedele, disclosed that it was just a minor traffic issue and it has been settled. 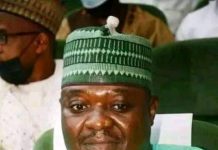