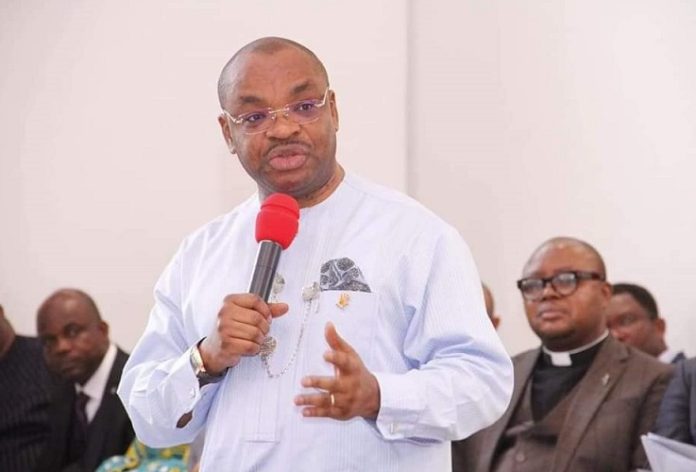 Emmanuel stated this while addressing the congregation at the August Edition of Government House Prayer meeting at the Latter House Chapel, Government House, Uyo on Sunday.

He explained that the modern skills development centre would help to train people on entrepreneurial skills.“We are trying to upgrade the Ikot Ada Idem Technical College to a skill acquisition centre which will contribute to the rehabilitation of some of our youths who have fallen prey to social vices,” he said.

Emmanuel said that as part of efforts to address the dearth of skilled manpower in the state through appropriate curriculum development, an education summit had been scheduled for Sept. 5 and 6.He advised people to avail themselves of the training programmes offered by the state government to enable them take up careers as Pilots, Aeronautic Engineers and other professionals in the state-owned Airline, Ibom Air.

The governor explained that lack of qualified manpower among indigenes of the state in the aviation sector was the reason why Ibom Air was dominated by non- indigenes.

He emphasised that his administration was poised to train people of the state to address the imbalance.“For a person to fly a CRJ 900, there’s a minimum number of freighting hours he must have on the Airplane.

“We need to have our people rated on the Aircraft and we will spend money and train our people so that in a short period we will also have Akwa Ibom names in the cockpit,” Emmanuel said.He hinted that as part of the anniversary celebration by Sept. 23, the state would play host to Vice President Yemi Osinbajo, who would inaugurate some projects executed by the state government.

Emmanuel listed projects earmarked for inauguration to include Kings Flour Mill, Ekim Power Station , Plywood Industry and other road projects executed across the state.Also speaking, Pastor Emmanuel Bassey of the Redeemed Christian Church of God, said that God used the founding fathers of the state to plant Christianity, and urged the residents to embrace education as the bedrock of development.The Cleric cautioned youths against aligning themselves with agents of perdition, urging them to chart a godly pathway for themselves and generations unborn.

He commended the governor for maintaining a “Godly standard” in the leadership of the state. (NAN)