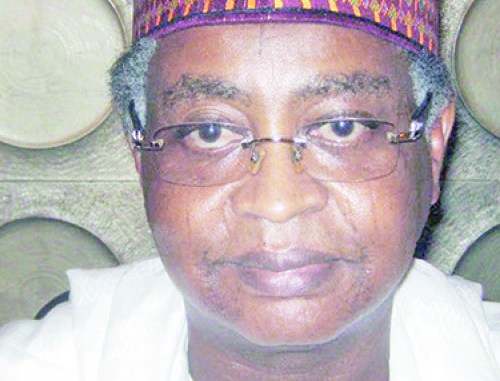 Mr Tofa died at the early hour of Monday morning at age 75.

He was the presidential candidate of the defunct National Republican Convention (NRC) in the June 12, 1993 election.

In a statement signed on Monday by the state’s Commissioner for Information, Muhammad Garba, Mr Ganduje said that Tofa’s contributions to Nigeria’s democracy, remained indelible.

The governor said that “the sacrifices of Tofa started with leadership responsibilities at an early age, when he was elected councilor in Tofa Local Government Area in his late 20s, and remained vibrant and dynamic up till the time of his death.’

He further said that as a businessman, trader and philanthropist, Tofa touched the lives of many people, especially the downtrodden, and his legacies would be approximated for posterity.

“The legacy of his political beliefs and triumphs will be important footnotes in the literature of Nigeria’s government and politics for generations yet to come.

“He was a great man, a quintessential democrat and outstanding statesman who left very bold prints on the politics and political history of Nigeria, “ he said.

The governor prayed Almighty Allah to grant his soul Paradise, and give the family, friends and associates, the fortitude to bear the loss.

He has been buried in accordance with Islamic injunctions.