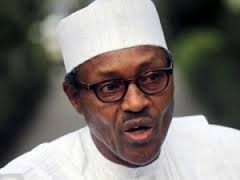 By Nuel Suji, Abuja.
Indication emerged Tuesday that fuel pump price may likely hit N130 by June with the withdrawal fuel subsidy from the 2015 budget passed by the senate.

The senate passed a total estimate of N4.493trillion budget for the year 2015 with a slight increase from N4.357trillion proposed by the executive in December last year.

Briefing newsmen after the passage of the bill, the Chairman, Senate Committee on Appropriation, Senator Ahmad Maccido, explained that  the zero allocation for fuel subsidy should not be construed by Nigerians as total subsidy removal, saying, “for now, there is no budgetary provisions for fuel subsidy by the executive which it may however do later through supplementary budget proposal”.

He added that there is the high likelihood of supplementary proposal since the executive made provisions for Subsidy Re- Investment and Empowerment Progrjtamme ( Sure- P) upon which the National Assembly has appropriated N21.030billion  for 2015 fiscal year.

It also provides for N6 billion for country’s contribution to West African Examination Council (WAEC); N4.5 billion for assessed contribution to African Union and others; N5 billion for margin for increases in costs; N11 billion for external financial obligations; N3,099,600,000 for recurrent adjustment; N38,987,017,746 for public service wage adjustment for MDAs (including arrears of promotion and salary increases) while N11.755 billion is for improved remuneration package for Nigerian Police.