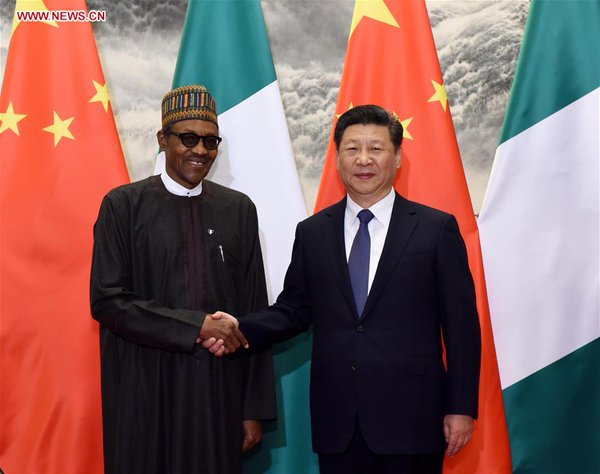 News Investigators/ The government of the People’s Republic of China has pledged greater support to Africa’s economic reopening post COVID-19 under the framework of the Forum on China-Africa Cooperation (FOCAC) Beijing Summit.

China’s Minister of Foreign Affairs, Wang Yi, made the pledge on Thursday in Beijing at a reception held by the Follow-up Committee of the Forum on China-Africa Cooperation to commemorate FOCAC’s 20th anniversary.

The Embassy of China in Nigeria disclosed this in a statement made available to the News Agency of Nigeria (NAN) on Thursday in Abuja.

According to the Embassy, Mr. Wang said, in his keynote address, that in the past decade, FOCAC had established itself as a pacesetter for cooperation with Africa and had come a long way in strengthening China-Africa solidarity and friendship.

The statement quoted Mr. Wang as saying that the world was currently undergoing changes unseen in a century, and that COVID-19 was accelerating the evolution of a new international order whose challenge calls for new responsibility and new actions.

He said the new international circumstances of COVID-19 called for important strategic decisions, which have become more relevant than ever.

The Chinese Foreign Minister said countries must remain guided by the principle of sincerity, real results, amity and good faith and the principle of pursuing the greater good and shared interests.

“We need to firmly support each other in safeguarding national sovereignty and dignity, by independently pursuing a development path suited to national realities’’, he said.

He noted that “in protecting legitimate rights to development and achieve national rejuvenation together through joint efforts’’;

“We need to tide over the current challenge together and build a China-Africa community of health for all. China will continue to work with Africa to fully deliver on the outcomes of the FOCAC Beijing Summit’’.

“I would like to reaffirm China’s firm commitment to making its vaccines a global public good.

“When the development of the vaccines is completed and they are available for use, China will actively consider providing them to African countries in need to help secure an early victory against the virus’’, he said.

He proposed that China and Africa need to pursue ‘’win-win cooperation’’ to build a China-Africa community of development for all, stressing that China will continue to support Africa in enhancing its infrastructure, advancing industrialization and building up capacity for independent development.

“China welcomes the development of the African Continental Free Trade Area, and will provide cash assistance and capacity-building training to its Secretariat.

He pledged that China was also ready to work with Africa on a framework of strategic cooperation to jointly tackle the challenge posed by climate change, while calling for joint action in addressing other global challenges and participating in global governance.

“We need to embrace our responsibilities and work toward a community with a shared future for mankind. China and Africa are staunch supporters of multilateralism and important forces for world peace and development.

“By doing so, we will bring about a more equitable and reasonable international order and an open, inclusive, clean and beautiful world that enjoys lasting peace, universal security and common prosperity,” Mr. Wang stressed.

The Chinese foreign minister emphasized that FOCAC remained a valuable asset for both China and Africa, such that it needed to keep pace with the times, to ensure that the Forum remains a shining example of China-Africa relations.

NAN recalled that in 2018, President Muhammadu Buhari attended the Forum on China and Africa Cooperation (FOCAC) in Beijing, during which he held bilateral talks with Chinese President Xi Jinping.

The ceremony also included the signing of some agreements between Nigeria and China in the areas of Information and Communication Technology (ICT) and the economy.