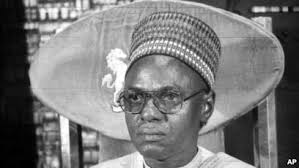 By Idowu Bakare – A declassified US Cable on Nigeria’s 1979 general elections has revealed why the country’s Second Republic failed, just as it predicted the lack of capacity of President Shehu Shagari to tackle economic problems.

President Shagari who died in December 2018 at the age of 93, was the first and only President of Nigeria’s Second Republic (1979–1983), after the handover of power by General Olusegun Obasanjo’s military government.

Earlier, Mr. Shagari had also served seven times in a ministerial or cabinet post as a federal minister and federal commissioner from 1958–1975. In 1979, he was chosen as the presidential candidate of the defunct National Party of Nigeria (NPN) for general election that year, which he won becoming the president and head of state of the Federal Republic of Nigeria.

Mr. Shagari ran for a second four-year term in 1983 and won the general election, however, on 31 December 1983, the government was overthrown by the then Major general Muhammadu Buhari.

The released US cable report dated September 1979 and addressed to the US Secretary of State offers insight into the activities of the then military government, summary of events leading to the elections as well as the “decisive role” regional considerations played in the general elections held in July and August of that year.

The report, as it turned out, predicted the outcome of the elections and the voting patterns among supporters of the political parties represented at the polls.

“Largely for that reason, the votes and seats garnered by the five participating parties turned out as had been expected. Incidents of violence were few and far between and the degree of rigging appears to have been low by pre-civil war standards,” it stated.

“If the legal challenge by Shagari’s election is rejected in the courts, the new regime should get off to about as auspicious a start as could have reasonably been expected. Should the courts overturn FEDECO’S decision, however a great deal of additional uncertainty and tension will be introduced.”

It further analyzed the challenges confronting the then president-elect, Shehu Shagari, especially “the task to establish effective control of his own party and to work out stable majority support in the National Assembly.”

The report which would be published in series by News Investigators, highlighted the “uncertainty” in the economic outlook and predicted a military take-over unless the new civilian government make considerably better performance than the military.

“Two of the most important tasks facing the president-elect as he assumes office will be to establish effective control of his own party and to work out stable majority support in the national assembly for his administration.

“Most observers still believe that the new civilian government will have to make a considerably better record than is generally expected or middle-level military officers who remain disgruntled by the changeover to civilian rule will eventually attempt another coup,” it predicted.

The US cable report also highlighted Nigeria’s glorious foreign policy at the time, showcasing how the then out-going military government flexed and flaunted its diplomatic strength in Africa and also within the comity of Commonwealth nations.

According to the report, “In the field of foreign policy, the(sic) Federal Military Government) FMG displayed a degree of vigor and toughness quite unusual for a regime which knew that its days were numbered.

“It strongly attacked Nyerere for the Tanzanian invasion of Uganda, prevented the Chadian delegation from being seated at the OAU summit, Embargoed deliveries of oil to Chad and Ghana, and departed from its mediating role to throw all of its weight against morocco in the western Sahara dispute.

“It nationalized British petroleum on the eve of the Lusaka conference and might have called for a dissolution of the commonwealth had the thatcher government not come up with its proposal for a constitutional conference on Zimbabwe.

“The FMG gave every appearance of trying to establish publicly some strongly delineated positions on foreign issues which the successor civilian government would have little choice but to continue for some time. While we expect that this will in fact be the case, we do not expect the style of the new government to be as aggressive,” the report posited.

“The role of the military under civilian leadership has received considerable attention. Senior military officers addressing graduation exercises at various military schools have emphasized the need for a sizable armed force which could facilitate the liberation of Africa from colonialists /imperialists and guarantee black majority rule.

“Under the new civilian regime, major debate may eventually develop between those who champion this thesis and those who argue that funding should be shifted to development priorities rather than seek a pan-African military capability of questionable utilities.

“The economic picture has been mixed. Petroleum exports have remained high and at the new OPEC prices, these exports have contributed to rising foreign exchange reserves. Nevertheless, production of consumer goods appears to be sluggish, leading to recent reports of scarcities and high prices. The FMG is moving to sign contract on major projects and has been obtaining external financing for several of them. There has been little movement on bilateral issues of concern to the U.S, and the investment climate has been further disturbed by the takeover of BP and the proposed government rules for paying all contracts in naira,” the report added.