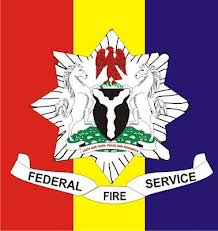 Fire servicemen on Wednesday averted what would have been an early morning fire disaster in Lagos, as a fully loaded tanker went on flame to tame the inferno.

Spokesman of the National Emergency Management Agency (NEMA) Mr. Ibrahim Farinloye, who confirmed the incident, said the quick intervention of the firemen brought the fire under control.

“Around 5.30 a.m, a fuel tanker fully loaded with AGO (Diesel) at Total Depot went up in flame at Marine Beach, Apapa.

“The tanker was loaded at Total but parked within the premises of Saint Theresa Primary School for take off when it suddenly busted out in a billow of fire.

“Federal and State Fire Servicemen were drafted in to put the situation under control,” NEMA said, adding that no injury was recorded and no damage was done to the properties.